About Us  |  Statement of Faith  |  Our Mission |  Who We Are (US, Haiti, Board)  |  History  |  Financial Stewardship  |  Affiliations and Business Sponsors  ​|  Media (Social Media, Pictures and Video, Promotional Materials)  |  Contact Us

The RMI Board Members and their spouses are excited about the opportunity they have to help guide RMI forward as it continues its mission to transform lives in Christ.  All of our board members were engaged in RMI's ministries prior to joining our team.  Since RMI's founding, our board has embodied the "team" concept that is so much a part of how RMI operates.  We've been blessed by inviting board member spouses to participate in our meetings as so many of them have been involved in RMI in one way or another. Thus, their involvement with RMI is as a couple rather than simply the interest of one person.  Spouses are able to participate in all board functions except voting.  This team concept has been a great boost in furthering RMI as the spouses add a creative dimension to all that goes on. The board members and spouses are great partners in the ministry of RMI, providing spiritual oversight, financial integrity, and mission focus. 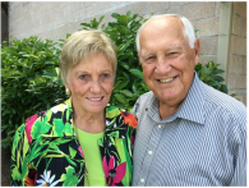 ﻿Herb Shoemaker, Co-Founder and Board Member, Naples, FL
Herb and Shirley have been married 63 years.  They have three adult children, 11 grandchildren and 10 great grandchildren.  They've been in ministry together for 60 years, most of that time involving Haiti in one way or another.  Herb served as Director of Institute Bibilique Lumiere, a Bible college in Les Cayes which is the largest city in southern Haiti.  He established the Institute's TEE (Theological Education by Extension) Program, which is still operating.  They worked for World Team first in Haiti, then in various positions in the US and the Caribbean.  Together, Herb, Shirley, and their son, Dan, formed Reciprocal Ministries International in 1987.  Herb served as President of RMI from 1987 to 2006 and Shirley served as Director of Communications.  They continue to be involved in RMI with special projects and through being on the RMI Board.  They enjoy art, music, reading, fishing, gardening and spending time with family and friends.

Bartow McDonald, Real Estate Broker, Board Chairman, Ocala, FL
Bartow, is an entrepreneur and principal of the NAVECO Group in Ocala, FL.  He and his wife, Laura have three teenage boys.  He enjoys bow hunting, light tackle fishing and time with his family.  His love of the outdoors resulted in breaking off his front teeth when he wrestled an alligator once.  He first went to Haiti in 1990 as a college student with his church who is a C3 Partner and he's been back four times since then. He shares that being involved with RMI has increased his enthusiasm and joy in the Lord.  He is grateful for the friendships that have developed as a result of RMI. 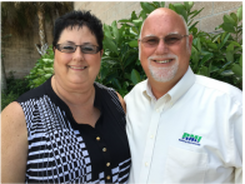 ﻿Dan Shoemaker, Co-Founder, President and Board Member, Lehigh Acres, FL
Having grown up in Haiti as a missionary kid and then spending 25 years living in Haiti, Dan has a unique understanding of the needs of the Haitian churches, communities, and schools.  As a co-founder of RMI in 1988 and VP/Field Leader of RMI for 17 years, Dan has been able to bring vision and leadership to RMI as it grew. Since becoming President in 2006, he has had the opportunity to continue this vision by seeing new programs and innovation have great impact through RMI.  RMI’s tagline of seeing lives (both US and Haitian) transformed in Christ and providing hope for their future has been a driving force for him and his team.  He and his wife, Debbie, have two adult children and two grandchildren.  Although Dan grew up riding enduro motorcycles in Haiti and used that mode of transportation all during his service in Haiti, he has fulfilled his dream of getting his US motorcycle license and enjoys riding his 2005 Kawasaki 1600 Vulcan Nomad with the motorcycle club from his church.  He also enjoys reading and cooking.  He recently took up kayaking and enjoys paddling around the backwaters of Southwest Florida. 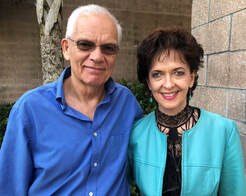 Ray Blusiewicz, Board Member, Ft. Myers, FL
​Ray is a realtor in Ft. Myers with Marc Joseph Realty and his wife, Wanda, works with him as an Executive Assistant. Together they have built a real estate business based on the principles of honesty and integrity and serve both buyers and sellers. Ray is originally from a suburb of Chicago and Wanda is from Canada. They have one adult son in British Columbia, Canada and one adult son and daughter in Arizona and 6 grandchildren. Wanda’s dad was a church planter in Canada and led Ray to the Lord in 2006, and Ray was baptized by his father-in-law the following year in Vancouver. Ray and Wanda made their first mission trip in September 2013 to the Chitokoloki Mission Hospital in Zambia, Africa where Ray worked alongside Wanda’s uncle drilling water wells in a number of villages and installing solar panels for the hospital. Ray has also been to Haiti on two different occasions with workteams from McGregor Baptist Church in Ft. Myers, FL.  Ray shared, “Having the opportunity to work alongside the RMI staff in both the US and Haiti has been a blessing and it is awesome to see how RMI is impacting so many lives for Christ in Haiti.” 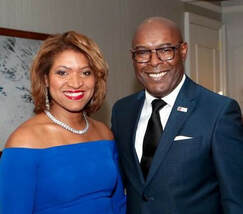 Jeff Lozama, Board Member, Miami, FL
Jeff, is an entrepreneur and President of CMS International Group in Miami and immediate past Chairman of the Haitian-American Chamber of Commerce of Florida. Jeff and his wife, Marjorie have been married for 29 years and have 3 adult children. Marjorie is a psychiatry mental health nurse practitioner. Both of them are Haitian Americans.  They enjoy traveling and Jeff loves to ride  his Harley Davidson motorcycle. Jeff and Marjorie are long-time members of The Bridge Church in Miramar, Fl  where Jeff serves as an Elder and leads the Men's Ministry. They are passionate about serving and are very active in the South Florida Haitian-American community. Since 2005, they lead a medical mission team to Haiti every December to provide health care to underserved communities of rural southern Haiti and organize a toy distribution to over 3,000 children in the town of Cavaillon. Jeff and his company have been supporting RMI field missionaries over the years. Jeff shares "I know, understand and personally witness the impact of RMI and the work they do in Haiti, I am grateful and honored to serve on the board of this institution." 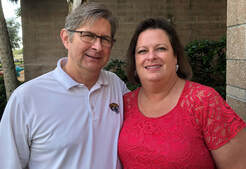 Todd Middleton, Board Member, Jacksonville, FL
Todd is a Financial Adviser with Eagle Strategies LLC and agent with New York Life in Jacksonville, FL. Bethene is the office manager. They have three children. Two adult children live in Florida and their youngest son, 17, lives at home. He proudly rocks an extra chromosome (he has Down syndrome). Todd and Bethene are actively involved at his amazing school and Special Olympics where Josiah competes in 7 sports. Todd leads a high school life group, and together he and Bethene volunteer in the marriage ministry at their church. More than 20 years ago, Todd took his first trip to Haiti with RMI. He states that “on that first trip I was tremendously impressed with RMI. Since then I’ve become even more convinced RMI’s model is wise, sustainable and beneficial. I’m excited to serve on the Board and encourage more churches to get involved.” 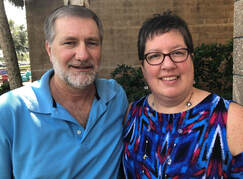 John Peterson, Board Member, Corbin City, NJ
John is the Planning Director and Department Head of Regional Planning and Development for Atlantic County NJ.  John and his wife, Heather, have been married for 30 years and have two adult children.  Heather is the Registrar for Atlantic Cape Community College in Mays Landing, NJ.  They both enjoy fishing and camping as well as spending time with family. They are both long time members of Second Cape May Baptist Church in Palermo, NJ which has been a C3 Partner with Port-a-Piment, Haiti for 30+ years.  John has made several trips to Haiti with teams, the first of which took place in 1980 to help construct what is now the Zanglais Ministry Center.  Heather has been on two C3 Partnership trips to Port-a-Piment.  John shares, “My Haiti experience, beginning in the 1980’s, has been transformational and God has used it to make me a participant in ministry as opposed to the sideline observer I was before.  I feel privileged to serve with RMI who has had such a positive influence on my life as a Christian." 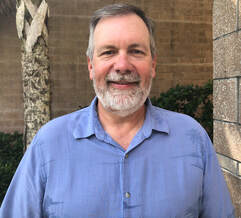 Kirk Verhasselt, Board Member, Bartlett, IL
Kirk is a mechanical engineer and owns a manufacturing company in the Chicago area. His company provides automated machinery to the packaging, medical, and consumer goods industries. He participated on his first trip to Haiti in 2001 with a work team and then 5 more times visiting his C3 Partner church in Ducis, Haiti. Kirk serves as an elder at the Village Church of Bartlett and has been active in missions during his 19+ years at the church. He has two daughters that are married and live closeby along with one grandson and two more grandchildren on the way. For recreation, Kirk enjoys riding his Harley-Davidson motorcycle and going on long road trips to explore new places. Kirk shares, "Each trip to Haiti has impacted me in different ways depending on what God was trying to teach me at that point in my life. The people in Haiti are wonderful and it is always a blessing to visit our Sister Church family and the great RMI staff in Haiti."
RMI is governed by a Board of Directors of not less than five individuals, a majority of whom are not staff or family.  The RMI Board of Directors meet together face to face at least twice a year, in addition to periodic conference calls and sets policies, approves vision, evaluates effectiveness, reviews financial statements, approves budgets, and in general provides direction and oversight to the entire ministry.  RMI applies the guiding principles of its Board according to ECFA guidelines.
Back to top